On this page: → Our Conductor, → DVO Sheet Music Library, → Orchestra Board Members, → Other Notables

The DVO is comprised of talented amateur musicians from the Dundas-Hamilton area. We welcome musicians on all orchestral instruments. Our members range in age from late teens to youthful seniors. The ensemble presents three major public concerts each year and performs regularly at retirement homes in the Dundas and Greater Hamilton area. We have performed with talented vocal and instrumental soloists and combined forces with other accomplished community ensembles.

Admission to our concerts is free. We gratefully accept donations at concerts an online. Tax receipts are provided for donations of $10 or more. Audience members are welcome to meet the musicians at the post-concert receptions. Our performing home, St. Paul’s United Church in Dundas is an accessible venue with a wonderful acoustic for live orchestra performance. 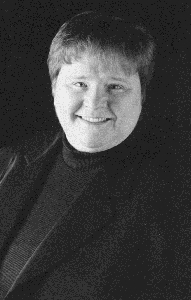 Her guest conducting appearances include Symphony on the Bay (Burlington), the Huronia Symphony, Etobicoke Philharmonic, the North York Concert Orchestra, and the Bard Chamber Orchestra. She was for many years, Director of the Niagara College Jazz Band. Ms. Thomas holds a masters degree in conducting from New York’s prestigious Bard College, where she studied with Harold Farberman. She is also a graduate of Hamilton’s Mohawk College and McMaster University, where she studied percussion and composition.

In addition to her percussionist position with the Niagara Symphony Orchestra, she has performed with many ensembles throughout Southern Ontario and Western New York, including the Buffalo Philharmonic, the Hamilton Philharmonic, the Te Deum Baroque Orchestra, and the Aradia Ensemble. She is a member of Niagara’s popular eclectic folk/blues band BroadBand, and performs regularly with her Vintage Jazz ensembles.

Ms. Thomas has written music for symphony orchestras, choirs, small ensembles, jazz groups and solos. Her compositions and arrangements can be heard in the orchestra and ensemble repertoire of Flutes en Route! featuring Douglas Miller and in the performances and recordings of BroadBand. In 2012 she composed and recorded the soundtrack for the play “Bullying Hurts” by Monica Dufault and produced by Mainstream Services in St. Catharines and, in March 2013, her Concerto for Jazz Trio and Orchestra was premiered by John Sherwood and the Niagara Youth Orchestra. Her recording credits include the Aradia Ensemble CD for Naxos Records, “Ballet Music for the Sun King”, the Niagara College Jazz Band’s “On the Move”, Rich Blend’s self titled CD, sisterLune’s “Wonder”, and BroadBand’s “LIVE at the Black Sea Hall” and “BroadBand”.

Ms Thomas has been actively committed to music education in the Niagara area for over two decades. She served as the Artistic Director of the Niagara Symphony’s acclaimed Summer Music Camp for over twenty years, and she is the driving force behind the development of The Academy, an intensive music study programme for senior students, which runs concurrently with the Summer Music Camp. She teaches conducting and percussion at Mohawk College in Hamilton and maintains a private studio. She designed and presented the popular Composer in the Classroom program to thousands of students in the Niagara area and, in 2019 composed the Kinder Concerto for students and orchestra which was premiered by the Dundas Valley Orchestra and students from St. Augustine School in Dundas in November 2019.

Information about our Library of Sheet Music →